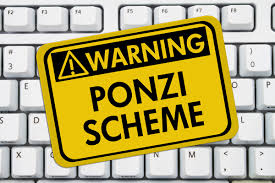 Frank Prevé,  a former bank president, and who assisted in the direction of $20m in capital into Attorney/Ponzi schemer Scott Rothstein's bogus legal settlement investments, had his sentence substantially reduced, in US District Court this week, to slightly more than two years. Preve´ is said to have rendered Substantial Assistance to law enforcement and prosecutors. He also reportedly had health problems; he is incarcerated at a Federal Correctional Institution known for its extensive medical center facilities.

Of importance to compliance is the fact that Prevé  had a prior conviction, for bank fraud, and even the most rudimentary due diligence inquiry, made by the investor victims, would have uncovered this fact, as well as other negative information. Unfortunately, most the Rothstein victims were so mesmerized, by the prospect of extremely high returns, that they totally failed to check out the individual who were involved in this "magical" investment. Additionally, they were further lured in by statements that gave them the impression that the investments were only available to industry insiders, another ploy to rope them in.
Posted by Kenneth Rijock at Saturday, March 04, 2017