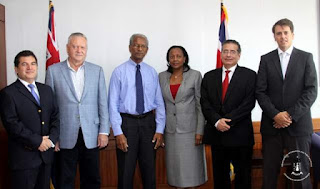 The former managing director of the Mossack Fonseca Brazil office, María Mercedes Riaño, in sworn testimony, has named the members of the Mossack executive committee, and stated that this group was responsible for conducting and directing the illicit actions, on behalf of its criminal clients.

She asserted that the committee members all know exactly who their dodgy clients were, and the source of their illicit wealth. They specifically advised their client in strategies & tactics designed to avoid raising suspicion, from the legitimate business community.

Some of these MF partners have been previously named on this blog; many are now comfortably placed in major Panama City law firms, or as sole practitioners. Inasmuch as some of these lawyers may have taken clients with them, when they fled the Mossack firm, after the Panama Papers scandal broke, and may be now engaged in the same illicit business that they pursued at Mossack, it is suggested that you give all of them a wide berth, including any clients who are currently represented by them.