WHERE WILL QATAR GET THE GREENBACKS FOR GAZA, AND WILL HAMAS TAX IT ? 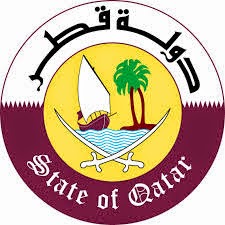 If you remember the 2006 conflict, between Hezbollah and Israel, which resulted in massive damage to civilian homes in Lebanon, due to the fact that the terrorist organization fired rockets from residential areas, you will recall that payments of $8000 to $10,000 in cash, were made to each affected resident. Contrary to what appeared in the media, the source of the US Dollars was not Iran, but Venezuela. Pilots who flew those missions, on behalf of the Government of Venezuela, stated that they came into an airport in northern Syria, and that the cash was then transported, via surface, into Lebanon, by Hezbollah. I would still like to have a word with those Miami bankers who supplied that cash; they were never charged with providing material support to terrorism, even though the details of those flights were known to the US Government.

Now, we are in 2014, and again, a supporter, in this case, Qatar, has stated that it will pay $1000 to each Gazan who lost his home, due to Israeli attacks, which were responding to outgoing Hamas rockets and missiles. One wonders exactly where Qatar will get that cash, and who will supply it ? What US banks are involved in sending bulk cash that it knows are going to Hamas, before any of it ends up in the hands of residents of Gaza ?

Moreover, will Hamas actually tax the payments ? It levied a 20% tax on all inbound smuggled goods that came through the tunnels from Egypt. Perhaps they need some of that money to pay for the luxury accommodations, at Qatarian hotels, for their absentee leaders, who pampered themselves, while their compatriots died, after Hamas rocket attacks  were launched from their neighborhoods.

Will the United States again give American bankers a free pass for sending US Dollars to terrorists ?