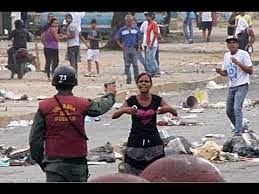 This week, the US States Department announced that it has taken visa action against 24 unnamed Venezuelan Politically Exposed Persons (PEPS) who have been involved in human rights violations in their country. These individuals, who are Venezuelan Army, National Guard, and law enforcement/police officers, and the government officials who have given them their orders, have committed serious human rights crimes, including:

(1) Imprisonment without being charged with a crime, or having the case set for trial.
(2) Kidnapping.
(3) Torture.
(4) Extrajudicial killing and murder.
(5) Intimidation and Extortion.

The problem for compliance officers is that the United States does not publish the names of foreign nationals whose visas to enter America have been revoked, nor those whose eligibility for US visas in the future has been terminated with prejudice. We saw that problem when the majority of ministers in the Republic of Panama, under the Ricardo Martinelli administration, lost their visas  for corruption or drug trafficking. Inevitably, through most of those names did leak out, and I am sure to the dismay of their US and Canadian bankers.

One now must raise risk levels on EVERY Venezuelan PEP, because to do otherwise might result in your retaining, as a customer, one of those individuals, whose later exposure could result in reputation damage to the bank, as well as the prompt exit of expat Venezuelans, who oppose the current regime, as bank clients.

Therefore, it is humbly suggested that you now conduct enhanced due diligence on all your Venezuelan PEPs, using (1) Commercial off-the-shelf high risk databases, (2) Venezuelan newspaper and magazine information, (3) Venezuelan Opposition websites, and (4) direct contact with human rights agencies who know the identities of these PEPs, and find out, conclusively, whether your clients are human rights violators or not. 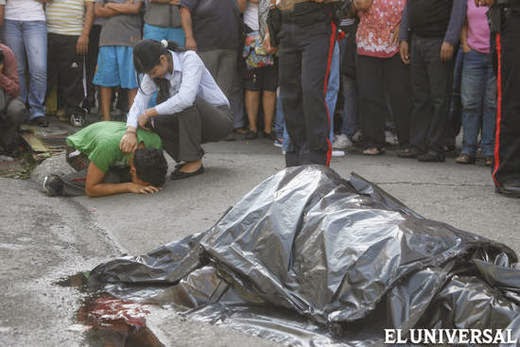 I must underscore the seriousness of the matter; you do not want to be later named as the banker for a Venezuelan PEP who has committed these human rights offenses. Opposition members will certainly expose any bank whom they learn is accepting deposits, in North America, of anyone who has accumulated blood money at the expense of the Venezuelan People, or is guilty of murder of opposition leaders and activists.
Posted by Kenneth Rijock at Sunday, August 03, 2014