DETENTION OF EUROPEAN AND NORTH AMERICAN BUSINESSMEN WITHOUT CRIMINAL CHARGES 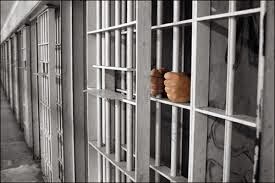 A number of European and North American nationals have been detained by the authorities in the Republic of Panama. These individuals have not been charged with a crime, and the circumstances of their detention seem to suggest that they are not legally arrested, either. All have  received demands for payment of large sums of what are characterized as "fines," as a precondition for their release from custody, in what amount to extortion, as they do not appear to have committed any crimes.

Though not directly stated, it has been inferred that, should they not pay the civil "penalty" demanded, that they will be charged with criminal activity. One wonders what happened to the reform platform upon which Panama's President Varela was elected to office this year.

Unless this disturbing practice is immediately halted, lost compliance officers responsible for calculating Country Risk for their institutions will have no choice but to increase it for Panama to the highest level. If foreign businessmen and expats in Panama fear arbitrary arrest, then the country's successful offshore financial center will lose much of its attractiveness,  as investors will seek other venues.