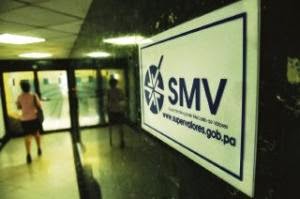 The Superintendency of Securities (SMV), the Securities regulator for the Republic of Panama, has reportedly filed criminal charges against a former director of that agency, Ignacio Fabrega de Obarrio. It is alleged that Fabrega, known as the "Bad Seed of Panama," transmitted confidential information, relating to corporations regulated by the agency, to those corporations. Furthermore,  the SMV states that he have regulated entities suggested answers to pending inquiries being brought by his agency, and advised such companies on how to deal with customer complaints.

Fabrega's controversial departure from the agency*, earlier this year, which was noteworthy in that he immediately went to work for a company under investigation, highlighted the system corruption that was present in Panamanian government agencies, under former President Ricardo Martinelli; He has denied the allegations. The case is being brought by the Anti-Corruption Prosecutor's office.