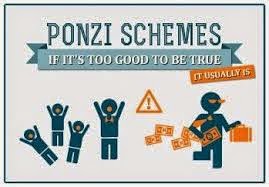 Another participant in the Rothstein case will most likely be going to prison. Frank Preve, who reportedly sent $154m in investor money to Scott Rothstein's Ponzi scheme, while at Banyon Capital, regarded as a major feeder fund for the bogus legal settlements sold by Rothstein, has agreed to enter a plea of guilty to Conspiracy to Commit Wire Fraud*. The maximum sentence for this crime is five years in Federal Prison and a $250,000 fine.