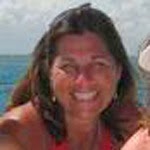 Irene Shannon, then known as Irene Stay, was a lowly bookkeeper at the Rothstein law firm. She had no university degree, or any financial experience, yet Rothstein appointed her as Chief Financial Officer, though in truth and in fact, she was only the CFO for the $1bn Ponzi scheme. Shannon, who pled guilty money laundering conspiracy and bank fraud, received the maximum sentence in US District Court in Fort Lauderdale yesterday: five years in Federal Prison.

Although her attorney requested a lesser sentence, the Court placed much of the responsibility for facilitating the actual movement of funds in the Ponzi scheme squarely upon her shoulders. Shannon diverted investor capital from escrow, into firm accounts, where it was used to pay firm bills, and maintain an obscene, opulent lifestyle for Rothstein, and others. She kited checks between banks, and wire $16m overseas, when Rothstein fled to Morocco.