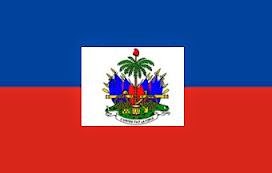 If you are a banker in Florida, be alert for attempts, by third parties, on behalf of affluent clients from Haiti, to move their funds out of their accounts. A court in Port-au-Prince has placed a travel ban in 40 prominent Haitian nationals, all of them PEPs, due to an investigation into:

The investigation reportedly involves the transfer of funds to bogus commercial entities, and wire transfers to correspondents abroad. Former President Jean-Bertrand Aristide is widely believed to be one of the targets of the investigation, as well as one upon whom the travel ban was placed. Those individuals may seek to remove their assets from your bank, using third parties; be extremely careful here. No list has yet been publicly released.

Alternatively, there may be fraudulent claimants to those accounts. Should any individual, claiming to be the attorney-in-fact, pursuant to a Power of Attorney, and seeking to drain accounts of a Haitian client, who are not physically present, tread carefully, lest you be faced with conflicting claims to money you disbursed, in good faith reliance upon what you believed to be valid documents.

Under such circumstances, you would be well advised to consult with bank counsel before making any payments, where the client is not physically present to confirm his orders.
Posted by Kenneth Rijock at Friday, August 08, 2014