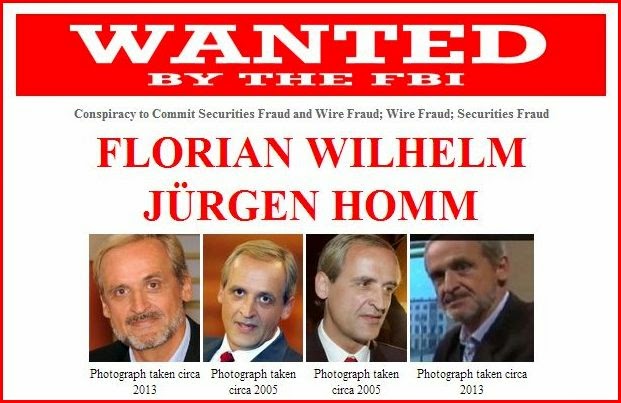 Florian Homm, the $200m German hedge fund fraudster, has escaped American justice; dilatory actions, conducted by his attorneys, who were fighting his extradition to the United States, have resulted in an Italian court holding that the delay required his release from custody. Homm immediately fled to his native Germany, a country that does not extradite its citizens who face criminal charges abroad. called by the media "the German Madoff," Homm's arrest was obviously a high priority for the Department of Justice.

The defendant, who has now made the FBIs "Ten Most Wanted" list, is a former hedge fund manager who allegedly conducted a market manipulation scheme, while operating Absolute Capital Management Holdings, Ltd., a Cayman Islands adviser that controlled several hedge funds. Homm reportedly cross-traded penny stocks among the hedge funds, artificially raising their value, and illegally earning, together with his associates; $53m. Investor losses are said to exceed $200m.

Homm faces charges in US District Court in Los Angeles* that could result in a 75-year sentence:
(1) Securities Fraud
(2) Conspiracy to Commit Securities Fraud
(3) Wire fraud: Aiding and Abetting and Causing an Act to be done.

He is still wanted in the United States, and the Securities & Exchange Commission has a pending civil suit against him. Additionally, he is reportedly the subject of a money laundering investigation in Switzerland.

During the five-year period in which Homm was a fugitive from justice, most reports had him living in Colombia, but my sources had him in Caracas, with periodic visits to the Republic of Panama. Compliance officers at international banks in Latin America, as wella s the EU, would be well advised to comb their high net-worth client files for any indication that Floridan Homm might have existing accounts there. I frankly do not believe that the $53m is gone, as Homm has declared to the media.
_____________________________________________________
*United States vs. Homm, Case No.: 13-cr-00183-UA (CD Calif).