SHOULD BO GUAGUA BE BARRED FROM THE PRACTICE OF LAW IN THE US ? 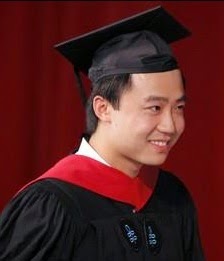 He's about to start his second year at Columbia Law School in New York, which is costing him around $250,000 over three years, though his father's government salary, before he was imprisoned for corruption, was the equivalent of $19,020, and his mother was not working in her profession, as an attorney. She is now serving a prison sentence for murdering a prominent British businessman, by poisoning him, allegedly because she deemed him a threat to her son, though exactly why has never been disclosed.

How can he afford this expensive school, and how did he pay for his earlier education in the UK, and at Harvard ? His family's illegal assets are conservatively estimated at $136m, reportedly gained through bribes and kickbacks acquired by his parents. Is Bo managing these illicit assets, and if so, should this fact prevent him from being admitted to the practice of law in the United States ? And what, please, was his role in the murder of Neil Heywood ?

Professor Joseph Cheng Yu-Shek, of City University of Hong Kong, was quoted as saying: " ... with both parents in prison, the family would need someone to manage the family's financial assets outside the country." Any 'financial assets' held by Bo Xilai's family are criminal proceeds, and managing them, in any way, so as to conceal their beneficial owners, constitutes money laundering.

Though he is registered at Columbia under an alias, Bo Kuangyi, which he arrogantly asserts is also a name given him by his grandfather, one of Communist China's founders, he will graduate a year from June, and the question that I pose is this : is such a person, who has avoided returning to his homeland, to evade whatever fate the authorities have in mind for him, ethically and morally unqualified to be admitted to the bar, in the United States ? He has been lavishly supported by dirty money for a decade or more, and he is probably in control of at least some of the illicit wealth. Does this alone not make him unsuitable to become an officer of the court ?

Lawyers in America have a poor enough image; let's not tarnish it further by allowing any of these obscenely wealthy sons of corrupt Chinese PEPs to enjoy the advantages of a system where the rule of law actually exists.