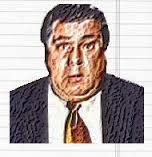 Joel Steinger, whose billion dollar Ponzi scheme, Mutual Benefits Corp., went from being the industry leader, to being closed up by court action, is to be sentenced later this week, and his counsel has filed a document captioned Joel Steinger's Statement of Acceptance of Responsibility*, signed by Steinger. The text reads as follows:

" I accept responsibility for my actions in the two cases in which I have pleaded guilty. I know that what I did was wrong. I also know that I must now face the consequences of what I have done. I accept this responsibility and I accept these consequences. I regret the harm done by my actions. I ask for the opportunity to show that I can turn my life around and become a productive member of society."

Acceptance of responsibility will generally result in a small reduction in the calculation of his guidelines sentence, which, though no longer mandatory, still provides guidance for the Court in the pronouncement of sentence.

Though one can never predict how a judge will rule at sentencing, you can expect a long term of imprisonment, due to the defendant's leadership position in the Ponzi scheme, the extraordinary number of victims, the efforts that the defendant made, over a period of years, to influence pending investigations, government officials, and his personal role in illegally reducing the life expectancies of insured whose policies his company sold, in the secondary market for life insurance, an investment that the Eleventh Circuit Court of Appeals later ruled was an unregistered security.

Will Mr. Steinger's sentence exceed those of Scott Rothstein, Allen Stanford, or even that meted out to Bernard Madoff ? Stay tuned.