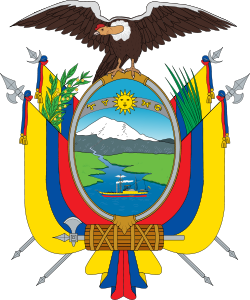 Reports from The Republic of Ecuador, which has a long history of economic problems, are, in my humble opinion, sufficient grounds to increase your assessment of Country Risk at this time. Here are the latest problems to surface:

(1) The National Assembly of Ecuador has reportedly passed legislation that authorizes the government to issue what it calls electronic currency, meaning that it can pay all its bills, including the salaries of government employees, without funds on hand, but through a digital currency that it creates. This new form of currency is not supported by dollars on deposit, physical currency on hand, reserve currencies, precious metals, or any other backing. It allows the government to, in essence, create wealth to pay its obligations.

What effect this will have on Ecuador's troubled economy cannot be estimated at this time, but any new large money supply could result in rampant inflation, which the government could not address, so long as it continues to pay its bill with currency it creates; The consequences could be serious.

(2) New legislation that prescribes prison time, of up to seven years, for the publication of information or news that spreads "economic panic" (whatever that means) will, effectively, be the death knell for all investigative reporting, as well as reporting of any negative news which could in any way affect the economy. This means that one can no longer depend upon local news sources when conducting due diligence of individuals or corporate entities from Ecuador. This creates a major problem for compliance officers at international banks, who are seeking to approve Ecuadorians as new clients.

Actually, either one of the above is sufficient ground to back away from any further financial exposure in Ecuador. Conduct your own investigation, but take a close look at Ecuador for Country Risk adjustment. Look at its recent economic troubles, including prior defaults on foreign debt,  existing debt, and the new issues detailed above.
Posted by Kenneth Rijock at Monday, August 25, 2014