DOES AMERICA NEED ITS OWN IRON DOME BECAUSE OF VENEZUELA ? 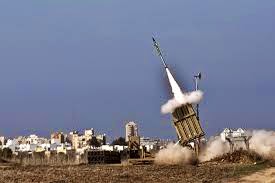 While the United States has been preoccupied with events in the Middle East,  reliable sources in Latin America continue to remind us of the clear and present danger posed by the existing missile facilities in the Bolivarian Republic of Venezuela. The undersigned, who has been covering the development of offensive missile bases in Venezuela, on this blog, for several years, has seen the United States first deny the existence of such missile sites, and much later, admit that they have become operational, but ignore the threats that they pose, not only to neighboring Colombia and Panama, both American allies, and the location of US assets, but to the Continental United States itself.

Military threats, that could serious damage the domestic economy, must be taken seriously for the purposes of Country Risk. Unless the potential threat of Venezuelan missile bases is dealt with, the United States, which has studiously ignored Latin America, and specifically Venezuela, since Hugo Chavez came to power in 1999, faces an assessment of increased Country Risk. It simply cannot be ignored for risk management purposes.

Perhaps Israel's successful Iron Dome anti-missile defense system, much of which was subsidized through American financial assistance, needs to be replicated,and deployed in Miami, New Orleans and Houston. Do we really want to find out how serious Venezuela's threat is after the missiles strike ?
Posted by Kenneth Rijock at Thursday, August 21, 2014