PANAMA CONTINUES TO DISREGARD THE RULE OF LAW 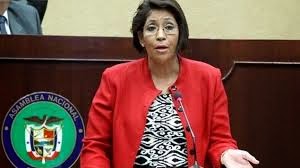 An $8m civil suit, as well as criminal charges, filed against the Attorney General of Panama, Ana Belfon, serves as yet another painful reminder that the rule of law is rarely followed in the Republic of Panama. Country Risk remains high for Panama, so long as the judicial system, and its components, remain outside the law.

The case involves the refusal of the Attorney General to release $4.2m, held since 2012, in connection with money laundering charges brought in Panama and Nicaragua, against members of the Jerez family. Though all the defendants were acquitted in the courts of both countries, the Attorney General refused to release the funds back to their owners.

On June 2, 2014, the Third Criminal Court ordered that the seized funds be forthwith returned to the defendants. The Attorney General has refused to comply, and argued that the funds were still being retained, due to the Nicaraguan criminal cases, though the same had been concluded.

The claimants have now brought an $8m civil suit against Ana Belfon, who is an appointee of departed  (and utterly corrupt) Panamanian President Ricardo Martinelli. A criminal compliant has also been lodged against Belfon, who has previously been accused of unlawfully retaining millions of dollars of funds of defendants, without any legal or procedural justification. 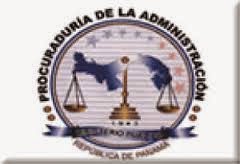 So long as these types of direct violations of the rule of law continue to occur in Panama, American and EU bankers, foreign businessmen, and potential investors, should be extremely wary of any financial exposure in the country, as obtaining legal redress usually takes years to complete, and is generally unsatisfactory. Both the court system, and the prosecutors who are responsible fort enforcing the laws of the country, are generally corrupt, inefficient, and susceptible to pressure from local power brokers, rendering the judicial system useless.
Posted by Kenneth Rijock at Sunday, August 24, 2014