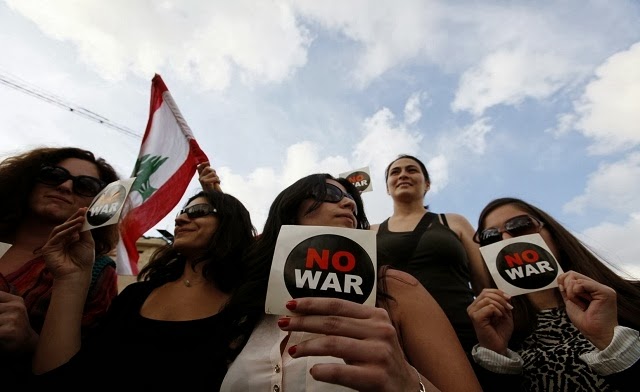 Compliance officers who are charged with updating Country Risk for Lebanon should sharpen their pencils, because risk levels continue to rise, and may fly totally off the chart in 2014; Here's why:

(1) Hezbollah, which is taking an increasing number of casualties as the consequence of its military intervention in the Syrian Civil War, is building up its fortifications and installations in southern Lebanon of late, as if its is anticipating a war with Israel in 2014.

(2) Suicide bombings, and terrorist actions, apparently perpetrated by all the players, have increased, and are threatening the fragile Lebanese domestic situation.

(3) The lack of a proper government in Lebanon is polarizing the various political factions even more than in 2013.

(4) Problems in Iraq, Turkey and Egypt, as well as the Palestinian Territories are affecting Lebanon, its competing factions, and the prospects for a return to outright civil war in the short term.

Bottom line: Lebanon's stability is taking hits from all sides, and something is bound to give in 2014. Pray for peace, but expect that the tripartite political compromise that is Lebanon may self-destruct in 2014, with disastrous consequences for the country's financial sector. If your bank has clients that are engaged, or exposed, there, or your institution has something pending with Lebanese banks, reduce your exposure as soon as possible. If the Downtown Beirut business district is damaged in any manner,
you, or your clients, could suffer a major loss.
Posted by Kenneth Rijock at Thursday, January 30, 2014