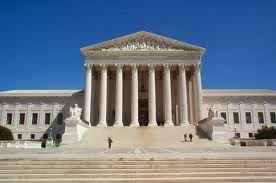 Alexei Binetsky, Viktor Bout's Russian attorney, has announced that his client is abandoning his quest to seek a reversal of his conviction through a filing with the US Supreme Court. He had previously stated that he was engaging one of America's most prominent law firms to file what he curiously referred to an an "appeal," to the nation's highest court. Binetsky, while not admitted to practice in the United States, has worked in New York, and is familiar with the American criminal justice system.

Bout has no more appeals as a matter of right; any proceedings in the US Supreme Court that are available to him are procedurally limited to a Petition for a Writ of Certiorari, which is completely discretionary with the Court. Binetsky further stated that he feels that any petition filed would be futile. As only an extremely small number of petitions are ever accepted by the Court, his assessment is essentially correct.

Bout's counsel also said that, in his opinion, he could not be transferred to Russia, to serve his 25-year sentence, pursuant to the prisoner exchange treaty, because Bout was convicted of a crime that does not exist under Russian criminal law. Russian commentators have urged that Bout, somehow, be transferred to Russia, to serve his sentence in a more "hospitable" environment, alleging that Russians are being illegally targeted abroad.

When asked why he had emphatically insisted, in the past, that he was taking his client's case to the US Supreme Court, Binetsky asserted that his statements were purely disinformation, designed to mislead Bout's adversaries, although he did not explain who they might be. 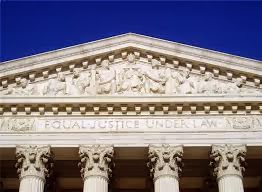 Rule 13 of the Rules of the Supreme Court of the United States provide that a petition must be filed within 90 days after the appellate decision is rendered, and that time has now expired. Though there is a provision granting an additional 60 days to file, such an extension must be granted by a Justice, for cause, and I do not see any grounds available to Bout for such an extension. Therefore, he no longer has access to the nation's highest court.

Binetsky affirms that he will obtain judicial relief for his client, in some as yet unspecified manner. Most court watchers are anxiously awaiting to see how Bout's counsel will employ the allegation of Selective Prosecution, to obtain a new trial.

Additionally, in both the Bout and Chichakli cases, court watchers are curious to see whether details of their reported covert activities, on behalf of the American intelligence services, which are probably classified, will become public knowledge, and whether these disclosures will embarrass senior US Government figures, as occurred in the Iran-Contra scandal. Individuals with first-hand knowledge of these matters have stated that they could seriously damage America's diplomatic relationships with several African and Asian countries where the operations were conducted.

The other issue is whether Viktor Bout's counsel will succeed in having him transferred to a Federal Prison where outside contact is not restricted. He is presently serving his time at USP Marion, in a special section designed to deter convicted terrorists from any communication with the outside world.