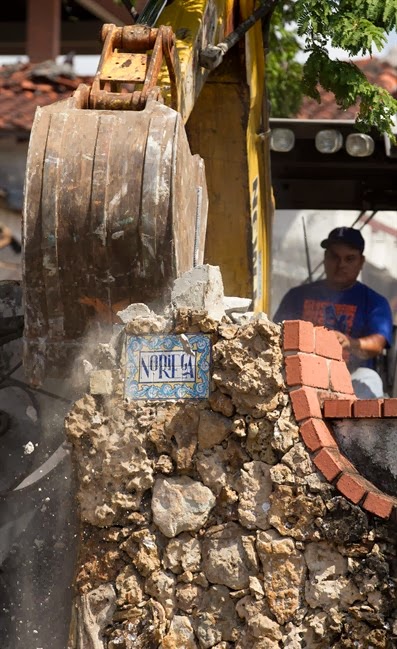 All good thing must come to an end; former Panamanian General, and head-of-state, Manuel Noriega's mansion is, today, in the process of being demolished by the government that has imprisoned him. Serving a sixty year sentence , on a variety of charges that include murder, he is not expected to ever be released, notwithstanding Panama's liberal home confinement law for senior citizen inmates. Noriega's estate, reportedly worth $2.5m when he resided there, was abandoned while he was serving his 17-year sentence in the United States.

If you look closely at the above photograph, you can make out his name. 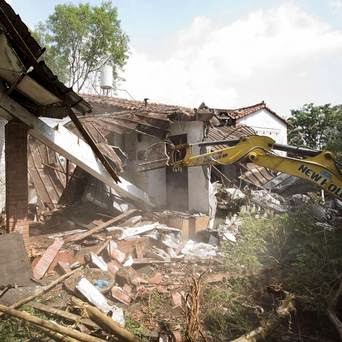