DO RECENT EARTHQUAKES IN CUBA INCREASE COUNTRY RISK IN THE CARIBBEAN ? 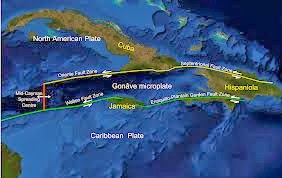 Unless you live in Key West, Florida, you may be unaware that Cuba has recently experienced two earthquakes. Key West was the only US city that felt the event. The fault line runs south of Cuba, which has a history of earthquake activity, but not in the recent past. Haiti is, as you know, also at risk.

There have not previously been any recorded quakes north of Havana, until these two. What impact a major quake would be on the countries of the Caribbean cannot be estimated, but any structural damage  might affect Country Risk, so we are monitoring the situation for that reason. Foreign investment in Cuba, particularly from Europe, could suffer major losses, should a natural disaster hit Havana and the other cities of Cuba.