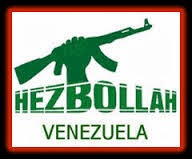 Informed sources at Venezuela's Maiquetía Simón Bolívar International Airport have reported that over four hundred members of the specially-designated global terrorist organization, Hezbollah, have arrived in-country. Their stated mission is to replace those departing members of the Cuban military, and intelligence officers, most of whom have already returned to the Republic of Cuba, as we reported earlier on this blog**. Cuban agents and military continue to be redeployed back to Cuba, and more Hezbollah troops and agents are expected to arrive, to fill those vacant  positions.

They are slated to assume the key security roles that Cuban officers held, at the Presidential Palace at Miraflores, Airport and seaport facilities, strategic government offices, and sensitive sites deemed essential by the Government of Venezuela. This is the first known instance of the use of Hezbollah troops, and agents, in Venezuela, in an internal security role.

Previous Hezbollah strength in Venezuela has been estimated at 150, but those individuals are mainly engaged in narcotics trafficking, money laundering and other illegal acts that generate cash flow for the organization's Beirut leadership, in a terrorist financing capacity. They utilize government-issued Spanish-language aliases, complete with legitimate passports and Cedulas (national identity cards). Their influence has been felt in Colombian frontier areas, as well as in Panama, where they transfer funds, and launder them en route to Lebanon.

This new active internal security/police/military role, when coupled with the Iranian advisers present in Venezuela, could signal a sea change in how Venezuela is governed, and what external actions it will take in the region in the future, with the support of Hezbollah cadre. 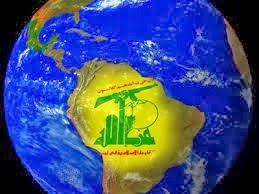