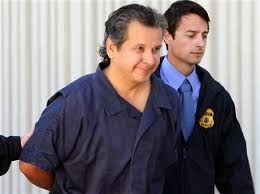 Prominent El Paso attorney Marco Antonio Delgado, a contributor to a number of local charitable causes, was sentenced* to twenty years in Federal Prison, for his money laundering activities on behalf of a Mexican cartel. Delgado, who is believed to have moved up to $600m in drug profits, refused to enter a plea in the case, which his attorneys asserted showed that he was not mentally capable of assisting in his own defense, given his potential exposure, but one doubts that he would have survived a stint in prison, had he provided Substantial Assistance to US law enforcement, which is generally required in connection with a plea agreement.