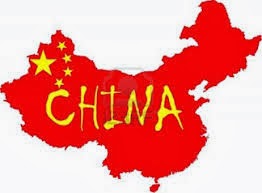 A report, released this week by a prominent investigative organization, has confirmed that tens of thousands of Chinese PEPs are utilizing corporations formed in offshore tax havens, to hide illicit profits from public view. The report, which claims that 37,000 Chinese PEPs hold corporations overseas, for the sole purpose of secreting assets, lists PEPs as high as relatives of the most senior Chinese leaders.

This blog has warned its readers for years about the dangers of opening accounts for Chinese nationals with substantial deposits, for many of them are placing illicit bribe and kickback profits out of the reach and knowledge of Chinese authorities. Given the lack of reliable chinese resources to verify clients' stories, it can be next to impossible for a Western compliance officer to rule out a new client as a PEP. Without adequate confirmation, you simply cannot bank wealthy Chinese nationals, as they present an unacceptable level of risk. Do not be taken in by unverified statements of clients about their Source of Wealth, as corruption among government officials is out of control, and the prospect of additional revenue is overshadowed by the risk that you are facilitating money laundering.

The report casts blame upon Western banks and professionals, who assist the Chinese PEPs in constructing an opaque method of concealing their illicit wealth. It also suggests that corruption of Chinese PEPs is so widespread that compliance officers need to consider this as a central issue for the purposes of Country Risk.

The Government of China is reportedly blocking not only the report online, but has also blocked articles discussing the report, probably because it is so damaging to China's image, and because the typical working-class Chinese citizen is incensed that his country's senior leaders have become greedy and arrogant, while publicly extolling the virtues of the government and its institutions.