Beware the news about the Republic of Cuba having passed new laws regarding money laundering, terror financing, arms proliferation, and other forms of illicit finance, purportedly to allow the freezing of assets of terrorist organizations. This new legislation was enacted purely to pacify the FATF, and not to actually empower the state to seize terrorist funding.

Cuban-American history aside, there's a reason that Cuba has long been a State Sponsor of Terrorism, under US law. It nurtures and facilitates the development of most of the world's specially-designated global terrorist groups, notably the FARC, the ELN, ETA, and the Lebanese and Palestinian terrorist organizations. In truth and in fact, Cuba is not only a safe haven for these terrorists, it is a central meeting place for their interaction with one another. Cuba and Venezuela have hosted several major meetings of the world's terrorist organizations, the sole purpose of which was to network, and coordinate their illicit fundraising activities, especially narcotics trafficking. 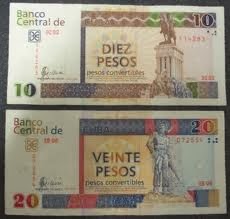 And if that's not reason enough to discount any anti-money laundering legislation, note well that a large portion of the criminal proceeds of the billion-dollar Medicare fraud is now sitting in Cuba's government-controlled banks, out of reach of American law enforcement agencies, through cooperation between the Cuban Government and the organized fraudsters engaged in that activity in Florida. They have moved their illicit profits into Cuba, generally through foreign banks in the Caribbean and Canada. Up to 150 Cuban fraudsters are believed to have fled to Cuba, to avoid criminal prosecution in the United States; some are indeed Cuban-Americans, but other are Cubans imported into Florida especially for the purposes of  acting as front men, and then escaping to Havana.

Therefore, any EU or Asian bankers who now feel better about  sending client funds into Cuba, for investment purposes, believing that the FATF will soon remove Cuba from its "grey list," think again.