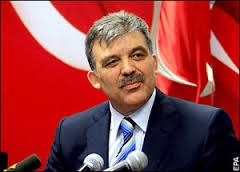 The President of Turkey, by executive order, has sacked over 300 police officers, in what is seen as an effort to terminate the widening investigation into official corruption, which involves several of his ministers, and their sons., and even the president's own  family.He has fired the chiefs of both the financial crime and anti-smuggling divisions, alleging some bizarre anti-government conspiracy, which appears to be only a smokescreen for his goal, to abruptly shunt down the investigations.

Compliance officers should note that, behind this corruption investigation, is a massive, billion dollar Iran sanction evasion operation, of which Turkish law enforcement is only now just scratching the surface. The true extent to which Turkey has been a facilitator of Iran sanctions is not yet  known, and executive interference with the investigation could shut it down, denying the global financial community critical information.

Suffice it to say that all large international transactions with Turkish companies, where the goods involved could potentially be of use in Iran, must now receive close scrutiny, and a historical search on prior matters is advised. If, as now believed, Turkey will prove to be the largest facilitator of Iran sanctions evasion activity, all large transactions will require examination.
Posted by Kenneth Rijock at Tuesday, January 07, 2014