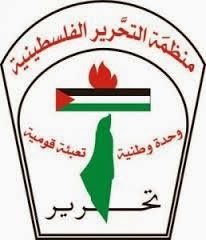 If you noticed that there was a fatal explosion at the home of a Palestinian diplomat in Prague, when he attempted to open a safe that was reportedly used to hold cash, it set off as few alarm bells with me as well. Czech authorities stated that it was probably a safety device, used to destroy classified information if opened during an act of espionage, that had detonated, killing the diplomat. Was he seeking to make an "unauthorized" removal of cash ? Corruption is rampant among Palestinian government officials in the West Bank.

Two issues have surfaced in connection with that incident that concern me:

(1) Why the need to hold cash, when funds can always be withdrawn from Palestinian Authority bank accounts in the Czech Republic ? Were these funds destined to finance attacks upon Israeli missions, Israeli businesses, or nationals, in Europe ? Was this money that was to be smuggled, inside diplomatic pouches, back to Ramallah ? Whatever the intended use of the money, it certainly was not legitimate.

(2) Czech authorities, during the course of the investigation at the diplomat's residence, discovered a number of unregistered automatic weapons. This individual was not shown to be a security staff member, and the Palestinian Authority's spin on the incident was not credible. I return to the strong possibility that the intended use of the weapons, like the cash, is for future terrorist operations inside Europe.

Talk of a  starting a Third Intifada (uprising) in Israel has been rampant of late, and any violent action in Europe will place innocent EU citizens at risk of being caught in the cross-fire, and terrorists must be armed, and paid.  I have previously warned* that granting the Palestinian Authority, which is not a sovereign state, diplomatic status, can have grave consequences, and raise risk levels. The Prague incident illustrates how appropriate my concerns were.
_________________________________________________________________________
*Countries that Recognize the "State of Palestine": could be unwittingly Facilitating Money Laundering and Terrorist Financing
Posted by Kenneth Rijock at Friday, January 03, 2014