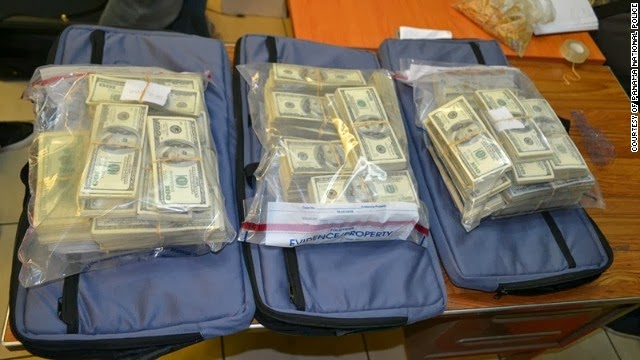 Southbound bulk cash smuggling of narcotics profits generated in the United States continues at a dizzying pace. Panamanian authorities have seized $7.2m in greenbacks, at  Panama's Tocumen International Airport. The cash was secreted within the smugglers' luggage.

Three Honduran nationals were taken into custody, and Honduran authorities, where the flight originated, want to know exactly how the money made it through airport screening procedures; some law enforcement agents there have reportedly been suspended.

This case strengthens the argument that many law enforcement agencies have made in the past, in support of universal x-ray screening of all arriving luggage. Most countries do not screen arriving luggage, depending upon procedures in place at the original airport of departure, but in jurisdictions where corruption is rampant, money can, and will, be allowed to exit, after payoffs and bribes are delivered. The United States only screens arriving luggage at the secondary customs inspection point, of passengers who have been designated for further investigation.
Posted by Kenneth Rijock at Friday, January 17, 2014