TURN IN A LAUNDRYMAN IN THE MIDDLE EAST AND GET PAID 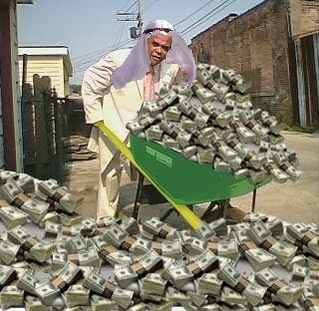 The Government of Saudi Arabia has announced a reward program for individuals who present material evidence of money laundering; five (5) per cent of the amount seized by the authorities. Individuals at financial institutions and NGOs, and professionals,  reportedly do not qualify.

It is also a condition that the individuals who are reporting the crimes are no in ant way involved. Whether this new program indicates that the Saudi Government is recognizing that they have problems identifying money laundering in the Kingdom is not known.
Posted by Kenneth Rijock at Wednesday, January 15, 2014