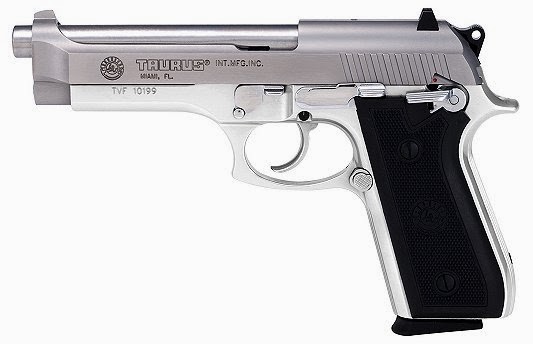 The Government of Venezuela is engaged in the covert purchase, and delivery, of 10,000 small arms, notwithstanding that it is a signatory to a number of international conventions and agreements regulating such transactions. This action is extremely disturbing, given the unstable conditions that presently exist in the country, and the total absence of the rule of law in the judicial system. What is the government planning ?

The weapons, reported to be handguns made by Taurus, the Brazilian firearms manufacturer, are being shipped into Venezuela in parts, for final assembly in-country. Though no information has been uncovered on whether the Government of Brazil has a role in this matter, this type of transaction requires an export permit, which cannot be obtained without at least tacit Brazilian governmental support. Reportedly, the invoices and bills of lading conceal the true contents. Venezuelans are starving for lack of essential food items, yet the government can pay in advance for weapons.

The type of handgun said to be contained in the shipments, the components of which are rumored to have already arrived, is a clone of the Beretta 92 9mm, which is the standard sidearm of the military of many nations. The type of carrier engaging in delivery is not known.

Long-time readers of my articles will recall the furor when I broke the information, a couple of years ago, that a large number of handguns, in bulk, were being imported from Brazil, into the direct control for then-President Chavez, to be distributed to the country's Pro-Chavez Militia. In that case, there was also an export permit issued, although it was for an extremely large quantity of weapons. History seem to be repeating itself.

If Venezuela descends into civil war,  as many experts fear, this quantity of weapons, in the hands of pro-government supporters, could result in mass casualties in the streets of Venezuela's cities. If the intended end users are the newly-arrived Hezbollah security officers, then we should anticipate large numbers of dead and wounded in any clashes between the Opposition, and the regime's new internal security apparatus.