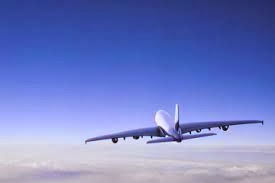 Politically Exposed Persons (PEPs) from Venezuela, many of whom have amassed huge fortunes from their business dealings with corrupt senior government officials, or through narcotics trafficking, have recently left their country for what they consider to be safer surroundings, taking their illicitly-earned wealth with them. Characterized by some members of the Opposition as "Rats deserting a sinking ship," their exit is occurring due their fears that they will be imprisoned by the next democratic government that comes to power in Venezuela, and their knowledge that the quality of life in Venezuela is rapidly deteriorating. They can now be found, in increasing numbers, in the Dominican Republic, Spain, and the republic of Panama.

Most consumer goods, and many staples of the Venezuelan diet, are simply not available, due to gross mismanagement of the domestic economy, the difficulty that importers have in in obtaining US Dollars, rampant crime (30,000 dead in 2013), and official corruption on a scale that is only exceeded in the Western Hemisphere by Haiti.

Veteran Venezuela watchers believe that there will be a regime change this year, and this is causing the "Bolivarian Elite," who have long enjoyed obscene profits from their sweetheart contracts with the government, to cut and run while they still can. Are you banking any wealthy Venezuelan businessmen who recently relocated to the Dom Rep. Spain or Panama ? Are you ruled them out as PEPs ? Have you performed an adequate Source of Funds inquiry into their assets ?  Watch yourself.
Posted by Kenneth Rijock at Wednesday, January 15, 2014