WILL 2014 BE THE YEAR FOR REAL PROGRESS IN ANTI-MONEY LAUNDERING ? 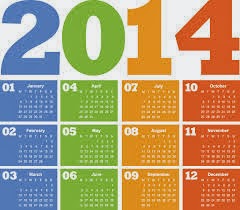 As a former money launderer, I have, for two decades, advocated the methods through which I believe that the authorities could effectively suppress money laundering activities. Unfortunately, few of them ever make it into law, and even when they do, are rarely implemented as they were intended. Here's my wish list for 2014:

(1) Actually charge banks with money laundering violations, instead of imposing major fines that do not come close to the profits earned by the guilty banks.

(2) Indict the senior bank management who were ultimately responsible for intentional violations of money laundering laws, which were committed solely to increase profits at the bank.

(3) Revoke the charters of banks that are egregious, and repeat, offenders of AML and CFT laws.

(4) Arrest and detain, without bond, the world's principal money launderers, instead of "monitoring" their crimes for years, in the vain hope that their actions with lead law enforcement to their biggest clients.

(5) Prohibit national and commercial airline traffic, into and through, the outlaw offshore tax havens deemed non-compliant by regulators, and sanction all commerce with them, by your citizens, to impact their economies, forcing them to comply with international best practices, or go bankrupt.

That's my short list; will North American and EU governments take these steps in 2014, to suppress money laundering and terrorist financing ? I can only hope that some government officials read this, and start the ball rolling. Are these radical measures ? Not really, just ones that could actually work.
Posted by Kenneth Rijock at Wednesday, January 01, 2014