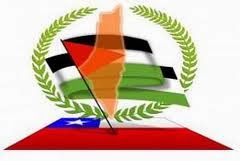 This week's controversy, involving a map of pre-1947 Palestine, serving as the numeral "one" on the uniforms of a Chilean football team, Palestino, should serve to refresh our knowledge about the fact that Chile has been used in the past by Hezbollah, Hamas, and Al-Qaeda, for terrorist financing purposes, and that it should not routinely be considered low risk, in conducting due diligence enquiries on companies, or examining international transactions.

Readers not familiar with the country please be advised  that Chile has the largest Palestinian population outside of the Middle East, and has been a destination for emigrating Palestinians for several decades. Compliance officers, however, do not target nationalities without further evidence; these expats and immigrants do exhibit pro-PA sympathy, but that is not issue with Chilean transactions. These individuals may be working with specially designated global terrorist organizations sanctioned by OFAC, in moving money or goods, in material support of terrorism.

The ZOFRI Iquique Free Trade Zone, which is located in Chile, has been linked to transactions conducted by Hamas, Hezbollah, and Al-Qaeda, and this history should be taken into consideration by compliance officers whose bank customers engage in trade with Chilean companies. You may also remember that narcotics trafficking organizations have been attracted to Chile, as well as Argentina, as safe havens for financial transactions, far from the drug- producing and transit countries in the northern region of South America.

It would be prudent to conduct Enhanced Due Diligence procedures upon matters where the surnames of the corporate officers of the Chilean companies appear not to be Hispanic, and upon matters where your bank customers do not have long-term relationships with their clients.