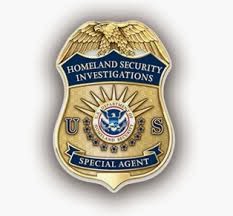 Juan Felipe Martinez, a Special Agent for Homeland Security Investigations, a division  of Immigration & Customs Enforcement (ICE), was arrested by Federal agents this week, and charged with extorting $1.9m from a Colombian construction company, to ensure that it, and its officers, would not receive an SDN designation from OFAC. It appears that there was no ongoing criminal investigation at the time of the company, and the sanctions threat was a bogus promise to extend law enforcement protection to the victims.

According to the Indictment, Martinez conspired with a Confidential Informant in the extortion scheme, from whom he allegedly received bribes in the bogus OFAC matter. That informant has already been convicted for his role in the case, including delivering $109,000 to the defendant, served one and one-half years for the offense, and been deported to Colombia. The victims reportedly wired $1.9 to the conspirators. The defendant also is alleged to have been involved in the receipt of illegal payments from other individuals, in exchange for the granting of immigration benefits:

(A) He received $10,000 from three Colombians, for falsely claiming to DHS that they were witnesses or cooperators, in support of an ongoing narcotics investigation*. This allowed them to gain entry, via Parole,into the United States. There was no such investigation in existence.

(B) He received $6,000, to assist an individual seeking admission to the US; he  falsely claimed that the individual was the dependent of a witness testifying against high-ranking members of a drug trafficking organization.

(C) He improperly received an additional $150,000, airline tickets, liquor, a watch, a diamond ring, and a rifle with a scope, in connection with another matter.