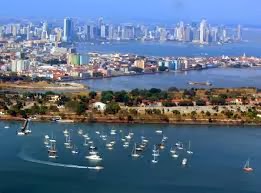 The Republic of Panama has passed legislation that taxes corporate income earned outside the country, which is a major departure from its longtime tax haven status. Additionally, foreign nationals who have attempted to transfer their funds out of the Republic, since the law was enacted, has reported that local bank officers have declined to make these wire transfers, without government approval.

Some Panamanian experts have opined that, unless the courts cancel enforcement of the new tax law, that Panama is finished as an offshore financial center, as most foreign-owned entities rely upon the fact that income earned outside of Panama has always been immune from taxation there. Will there now be a flood of expats from Panama City, and what action will the law firms, whose businesses depend on the prior tax benefits, take, given that the President of Panama has the corrupt court system in his back pocket ?

President Martinelli, who is seeking to place his wife as his successor in office next year, will reportedly rely upon revenue from the expanded Panama Canal, in lieu of the offshore business, in the future, but Panamanians are, by and large, upset with the new tax code. Will it survive ?
Posted by Kenneth Rijock at Thursday, January 02, 2014