WHERE ARE THE FRAUDSTERS FROM EUROPEAN-AMERICAN BANK TODAY ? 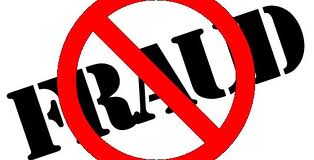 When known fraudsters resurface in another jurisdiction, honest businessmen beware. A decade ago,  A financial institution in Grenada, The European-American International Bank & Trust Company Ltd. failed under mysterious circumstances, and its depositors lost millions of dollars. Inasmuch as I have recently seen some of the names of the participants in the bank's affairs, I am bringing it to your attention.

European-American, when it became insolvent, and was liquidated through the High Court of Grenada, was found to have some major deficiencies, which were reported to the Grenadian regulatory authorities by the Liquidator, in a number of documents that are public:

(1) There was no actual Capitalization, though the figure of $25m was listed by the bank.
(2) Only one of the four directors was ever vetted and approved by the regulators. None of the others submitted sufficient biographical information to be vetted, and one, who had a large claim against him, was asking for a waiver.
(3) There was no Reserve Fund for losses. The bank had no assets, and the deposits were gone.
(4)  The bulk of the bank's deposits were "invested" with a company run by one of the directors; it went out of business, with no assets, and is considered to be a suspected fraud. Its name: New World International Investments Corp.
(5) There was no Due Diligence, or Customer Identification Procedure, performed on the bank's customers.
(6) The bank's account in a Maltese bank had been closed, and its US account frozen by a US Court, in a Federal forfeiture case.

The names of the self-declared "directors" most of which were never approved by regulators:

Though some of these are common names, should you have contact with anyone who might be one of these individuals, you are urged to immediately conduct an enhanced Due Diligence investigation upon that person. par particular attention to these names in the Republic of Panama.