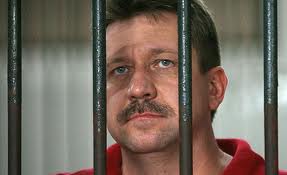 Albert Dayan, the attorney of record for convicted arms trafficker Viktor Bout, has notified the Second Circuit Court of Appeals that he desires to be heard on Oral Argument, for his client's appeal.  Though not available as a matter of right, should the Court decline to set the case for Oral Argument, Mr. Dayan would then be allowed to advise the Court, in writing, that :

(1) The appeal is not frivolous.
(2) The issues have been authoritatively decided.
(3) The issues can be resolved by reference to the briefs and appendices.

We trust that the Second Circuit chooses to allow him to argue the issues that he has presented in the appeal, as they are of great public interest.
Posted by Kenneth Rijock at Thursday, February 21, 2013