WAS YOUR NEW COMPLIANCE HIRE INVOLVED IN A PONZI SCHEME ? 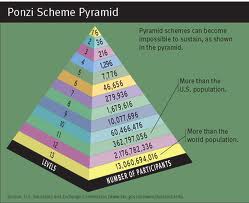 I recently noticed, to my amazement and distress, that a senior compliance officer, who formerly worked at a bank accused of facilitating the Ponzi scheme run by Florida Attorney Scott Rothstein, was now working at a firm that conducts audits of financial institutions. Whilst most compliance officers at banks that practise "tunnel vision," and allow huge amounts of money to come into accounts of customers, without adequate AML, do not get indicted when the house of cards comes down, with the Ponzi scheme, those individuals failed in their roles as gatekeepers, and you do not want them in your shop.

Let me suggest that, when checking out new hires, you enquire as to all their former banking positions. I know that you check out the applicants, but you also need to check out the banks where they worked:

(1) Did any of the banks where they worked bank Ponzi schemers whilst they were employed there ?

(2) What was the job title and responsibility of the applicant at that bank ?

(3) was the bank sued in civil court for facilitating the Ponzi scheme ? Criminal charges ?

(4) Did your applicant have any involvement with the accounts of the Ponzi schemer ? 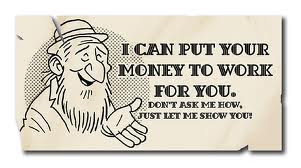 Please, do not employ anyone who knowingly facilitated a large and continuing Ponzi scheme where they previously worked. That individual may later be indicted for their involvement in the fraud. Also, if he failed in his role as a gatekeeper, he or she may do the same thing at your bank; be careful.
Posted by Kenneth Rijock at Tuesday, February 19, 2013