IRAN LIES ABOUT THE 300m CHEQUE SEIZED IN GERMANY

Officials in Iran are scrambling to spin why the former Governor of the Central Bank was caught by German Customs authorities, attempting to smuggle in a cheque for 300m Bolivars (USD$70m). The official line from Tehran is as follows:

(1) The individual caught with the cheque, Tahmasb Mazaheri, whom they claim is not longer in government, is now an adviser to Kayson Company, a major corporation in Iran.

(2) The money supposedly was for the company's financial needs in Venezuela; it signed an agreement with the Government of Venezuela in March 2006, to build 10,000 public housing residences there. It may have never been built, for in 2010, it was still in the planning stage, and the Kayson website has nothing more current since that date. 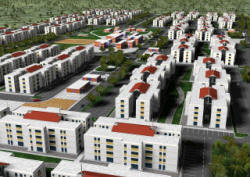 (3) The Iranian Government alleges that the payee on the cheque is an unnamed executive at Kayson, and that it was signed by a Bank of Venezuela director "who was in Iran,"  and that Mazaheri was en route to Venezuela to deliver the cheque.

(A) Kayson, an Iranian company that has a Venezuelan subsidiary with the same name, has been listed by both the UK( in 2010) and Canada as a procurer of goods and equipment for Iran's illegal Weapons of Mass Destruction (WMD) programme.

(B) No company of this size, and with this WMD responsibility, could exist in Iran unless it was government-controlled.

(C) Since when are company officials named as payees on multi-million dollar cheques that are intended for the company ? This simply is not a generally accepted business practise. Note that they have not named the payee; probably because he is a well-known PEP; most direct payments like these to PEPs are either bribes or kickbacks, in my thirty years of experience.

(D) The cheque was "signed" in Iran by a director of the Venezuelan bank ? This means that cashier's cheques from the Banco de Venezuela are being used in Iran to evade international sanctions. I was a money launderer for ten years; they insult my intelligence with this story.

(E) Who flies into Germany, via Turkey, whilst purportedly traveling to Iran ? He's going in the wrong direction, readers. Observers of the Iran-Venezuela connection know that there are direct flights, operated specifically for joint business matters. He was obviously moving these funds in the European banking structure, and I would love to know what bank was his intended destination. Switzerland  perhaps?

Remember well that my previous enquiries, as to the nature and purpose of the funds, indicate that the payment was a kickback for Venezuelan purchase of ballistic missiles from Iran. Whatever this money was for, it was certainly NOT a payment, in transit, to pay for public housing.

To the the spin-masters in Tehran: please try to construct a more plausible story next time your people get caught.
Posted by Kenneth Rijock at Friday, February 08, 2013