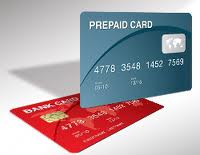 There are more than twenty companies, currently operating in the Republic of Panama, who are distributing anonymous prepaid debit cards*, and which are not requiring the customers to properly identify themselves, or to disclose the Source of Funds. The cards are uploaded prior to delivery; there is no limit on the number of cards a user can acquire, and they can be redeemed literally anywhere in the world. The number of criminal, terrorist financing, and sanctions evasions uses for these cards is infinite.

Who owns these companies, and how did they obtain government approval to operate ? Some of the individuals involved are close relatives of senior government officials; others are known to have made substantial payments to corrupt officers in the relevant regulatory agencies. These illegal payments actually continue to be made after the necessary approvals are obtained. Employees at the card companies' local offices are also allegedly receiving illegal gratuities to approve these companies.

Why are anonymous prepaid cards such a major industry in Panama ? Inasmuch as a significant number of the parties involved are known to be Venezuelan nationals, (some of whom who have accounts at the Venezuelan banks with branches in Panama City), and their illicit purposes, and uses for these cards, include:

Though complaints regarding some of these companies were filed with the appropriate Panamanian ministries in the past, investigations have not been conducted, and it is understood that certain corrupt officials were responsible for quashing all enquiries. These same officials are alleged to have received illicit compensation from operators of the anonymous card companies.

Likewise, though complaints were also lodged with senior local officers at the card companies, in Panama City, these were also dismissed out of hand, without any investigation.