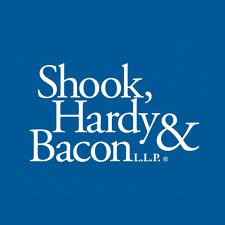 Banks where a Ponzi schemer was a valued client are not the only entities who end up being sued, when action is taken to assemble assets for the benefits of victims and creditors in a bankruptcy proceeding. Professionals who facilitated the fraud are also often targeted.

The court-appointed trustee for a company involved in the $920m Nevin Shapiro Ponzi scheme has brought a civil suit, in Federal Court*, against the national law firm that represented Shapiro, as "defacto general counsel," and an attorney in the firm who was a childhood friend of the fraudster.

Joel Tabas, who is seeking to acquire funds to repay the victims, who invested large sums in a bogus grocery brokerage business, operated by Shapiro, has brought a "clawback"suit against Shook, Hardy & Bacon, and Marc Levinson, an attorney at that firm who was a childhood friend of Nevin Shapiro, alleging that the firm aided and abetted in the Ponzi scheme. Attorneys for the law firm and Levinson have filed denials, and Affirmative Defenses, in the litigation.

The Plaintiff alleges that the law firm negligently supervised its client, engaged in what appears to be legal malpractice, and committed securities violations, with regard to promissory notes issue by Shapiro to his victims. These are very serious charges, and the trustee prove them through a preponderance of the evidence, which is the level required in civil actions, in order to prevail at trial.