ARE YOU FACILITATING THE SHIPMENT OF US DOLLARS TO HAMAS ?

The Hamas-controlled government in the Palestinian Territory of Gaza this week boasted that, if the Fatah-controlled West Bank was unable to cover its obligations, due to Israeli delays in forwarding tax revenues, that it was solvent, and could fund the West Bank's budgetary needs, providing that certain unspecified "adjustments" were made there.

Gaza happens to be a territory where, aside from government jobs and some small entrepreneurs, unemployment is universal, poverty is rampant, and the regime subsists on official and unofficial foreign government aid, handouts, charitable assistance, and remittances from abroad. So how can Gaza support the West Bank's budget ?

The answer is a massive influx of cash from Iran; most of it is in US Dollars, which are smuggled through the dozens of illegal tunnels from the Sinai Desert, or hand-carried over the frontier with Egypt. That is how most of the US currency arrives in Gaza. The dollar's universal acceptance eliminates the need for Middle East donors to acquire Israeli Shekels, not any easy task if you are an Iranian government agency seeking to prop up Hamas. 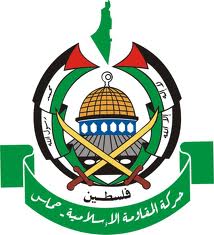 So how is this relevant to me, as a compliance officer in an international bank ? These notes have to come from somewhere; Iran needs sources of supply of greenbacks. Should your bank, through what I can only describe as compliance malpractice, assist in the acquisition and transfer of millions of US Dollar notes, from Iran (a sanctioned entity) to Hamas (another sanctioned entity),  it is guilty of providing material support to a designated terrorist entity.

Where do the greenbacks come from ? Here are some of the jurisdictions where banks (or governments) have assisted in the purchase of dollars for Iran:

(1) Iraq; It allows Baghdad banks to sell dollars freely, and does not restrict cross-border transactions. The Kurdish  Regional Government region is also especially complicit in dollar sales to Iran.

(2) Venezuela; its cooperating government actively assist Iran in the acquisition of dollars.

(3) Switzerland; some of its banks continue to work with Iran, ignoring international sanctions in favour of lucrative profits.

(4) Malaysia; Also aiding in sanctions evasion in the purchase of goods on the international market.

In the event that the government in the West Bank agrees, and Gaza funds begin to flow east, you will want to carefully monitor any large requests for dollars from an existing client. I do not care how respectable they are, find out why they need these notes.

Please ensure that the end user of dollar notes you ship out for a client is NOT Gaza, who is sending them to the West Bank, to meet its payroll needs. Irrespective of the beneficiary, Hamas is a specially designated terrorist organisation, whose leaders have made some extremely bellicose statements about Israel lately, and the people at OFAC and FinCEN have read most of them. Do not underestimate them when it comes fines & penalties.