CONVICTED FRAUDSTER AT LARGE IN PANAMA 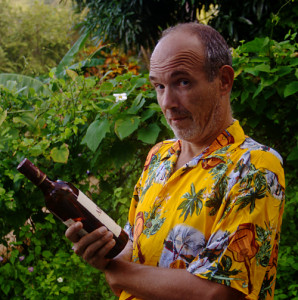 The Dutch convicted and sentenced fraudster, Okke Ornstein, remains at large in the Republic of Panama, and you are advised to contact the authorities should you encounter him. Ornstein, who was the former general manager of convicted Ponzi schemer and money launderer, Marc Harris, threatened, in writing, to take the life of Harris, in an extortion scam. He is also linked to an unsolved murder in Panama City, and another death threat delivered in Panama City. In short, his is not the kind of individual you want to walk down a dark street with. Ornstein fled to Panama during a criminal investigation of his involvement in child pornography in the Netherlands.

When apprehended, Ornstein will begin serving a twenty month sentence in one case, and 24 months another case, both in a Panamanian prison not known for its amenities.
Posted by Kenneth Rijock at Sunday, February 24, 2013