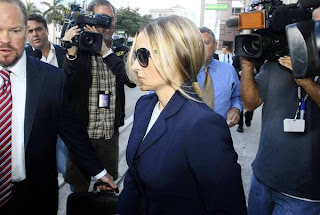 Kimberly Rothstein, considered by some to be the free-spending "trophy wife" of convicted master Ponzi Schemer, and former attorney, Scott Rothstein, last week entered a plea of guilty in US District Court in Fort Lauderdale, to three counts;

(1) Conspiracy to Commit Money Laundering; She illegally sold, and attempted to sell, over $1m in jewelry, acquired by her and her husband during his billion dollar Ponzi scheme.

(2) Obstruction of Justice; the defendant denied having possession of the jewelry, when US Marshals were accumulating Rothstein's assets in the bankruptcy of his law firm.

(3) Witness Tampering; she was accused of asking her husband, then imprisoned for 50 years, after his
conviction, to lie under oath about a fictitious prior sale of the jewelry. 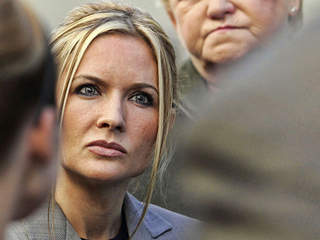 An individual who is reportedly her best friend, pled guilty to the same charges earlier that day. Stacie Weisman admitted assisting Kim Rothstein in the jewelry sales. Kim's personal attorney, Scott Saidel, had earlier also entered a guilty plea to the same charges.

Mrs. Rothstein faces a maximum of five years in Federal Prison; sentencing is scheduled for 19 April.