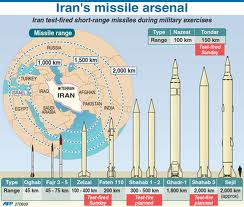 Readers who were asking themselves today what on earth that cheque* for three hundred million Bolivars (equivalent of USD$70m), seized, upon arrival in Germany from the ex-Governor of the Central bank of Iran was for, we have your answer. The information may cause you some discomfort if you live within range of Venezuela's newly-opened ballistic base** on the Caribbean Sea, though, like Miami or New Orleans.

The money in the cheque was a kickback for facilitating a massive sale of Iranian ballistic missiles to Venezuela. The individual who was attempting to smuggle it into Germany, Tahmasb Mazaheri, was responsible for arranging the arms sale. He may no longer control the Central Bank in Tehran, but he obviously remains a powerful figure in Iran.