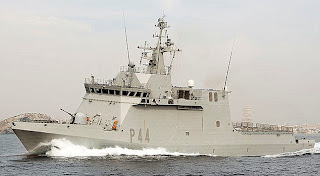 The Spanish warship Tornado, a 94-metre vessel, patrolled repeatedly in British Gibraltar territorial waters this week, disregarding radio orders to leave the area. This was the first incident where a largewarship was involved, and the action has significantly raised tensions between Spain and the British Government.

Observers of the Spanish political scene believe that this incident is merely confirmation that the Government of Spain is intentionally stirring up patriotic feelings within Spain, so as to distract its unhappy citizens from the present domestic economic crisis. There have been a number of attempts, by Spain, to improperly intrude upon territorial waters, and disrupt local maritime commerce. Spain has called for bilateral talks on the future of Gibraltar, but has refused to allow local representatives to attend. 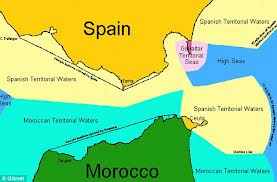 The Spanish Government has also expressed its displeasure at photographs, taken in Washington DC, with the President of the United States, and Gibraltar Chief Minister Picardo.

There have been calls for a stronger British response to the string of incidents. I do not believe that Country Risk is affected at this time. 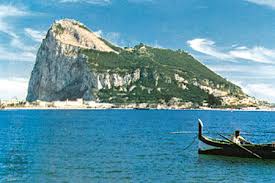