The 2 AM secret return of Venezuela's President Hugo Chavez to his native Venezuela sounds like something from a spy novel; no witnesses to confirm his arrival, no photographs taken of the prominent leader, in short, nothing to verify that he actually did return, or if he did, whether he is competent to resume his presidential duties. His aides say that he cannot speak, due to medical procedures performed upon him; since they generally have a problem with the truth, what else are they not telling us ? 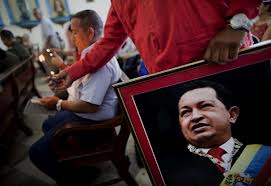 You say those photos taken with his family prove that he is alive, and of sound mind ? The Cuban DGI  is known to be extremely competent with the planting of disinformation. Digital alterations of photographs can be performed by anyone with Photoshop or an equivalent programme on their laptop. 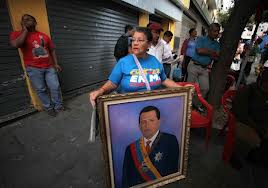 The photo below is making the rounds; is it the ill, or even deceased, Chavez, in a Havana hospital ? We cannot say, but we would surely like to see someone take a photo in Caracas, of Chavez, in public, for once. Venezuela will remain mired in economic and political chaos until the presidential succession, through a free and fair election (not a rigged one, please, like Chavez did several times) occurs.

A final note, where on earth is the Venezuelan Opposition, the one group who can expose this fraud, and allow the country to move on ?