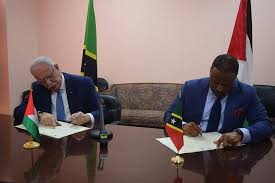 If you were wondering why the Federation of St. Christopher and Nevis, more commonly know as St. Kitts, recognized Palestine last week, there was an aspect to that diplomatic act which was not in the press release. The government's recognition came with a price: ready access to the two island nation's dodgy Citizenship by Investment (CBI or CIP) passports by residents of the West Bank ( Judea & Samaria) and the Gaza Strip.

This means that officials in Hamas, the Palestinian Islamic Jihad (PIJ), the Popular Front for the Liberation of Palestine (PFLP), and other sanctioned terrorist organizations will be able, with literally no due diligence, to acquire passports that give them visa-free access to the countries of the European Union, ans well as other Western countries. Given that transliteration of of Arabic language names into the Latin alphabet generally results in names that do not correspond to the originals, these new "Kittitians" will not be identifiable using conventional databases of hIgh-risk persons or sanctioned  terrorists. 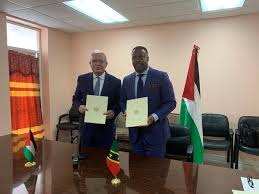 Given the tarnished history of white collar criminals who have been allowed to acquire SKN CBI passports, we cannot expect that any applicants will be refused. Therefore, the risk levels for ALL St. Kitts passports shall increase, as it may be difficult or impossible to identify Palestinian terrorists holding those prized passports with access to the Schengen Zone.