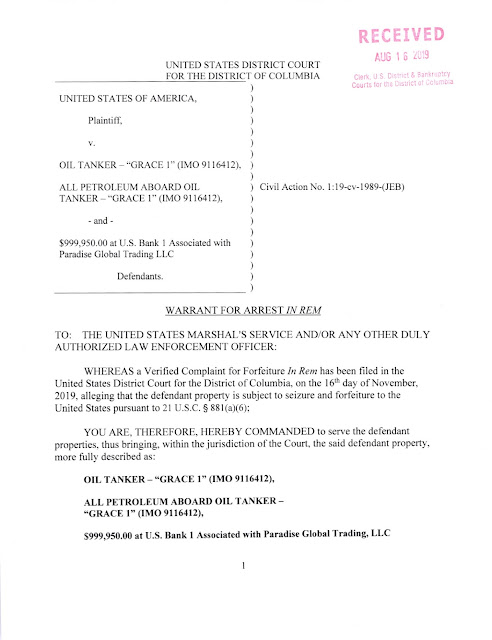 The US District Court for the District of Columbia has issued a Warrant for Arrest in Rem against the Grace 1, an Iranian oil tanker presently in Gibraltar. The In Rem proceeding, which focuses upon seizure and forfeiture of the the vessel, also contains a demand for $995,000. The tanker was reportedly destined for a sanctioned Syrian oil refinery.

The vessel, though released by an action of the Supreme Court this week, has not left anchorage, due to the fact that the captain and ships' officers, who have been released from custody, have indicated that they have no wish to return to duty on the tanker, which the US alleges is controlled by the Islamic Revolutionary Guard Corps (IRGC). Further court proceedings in Gibraltar are expected, based upon the authority of the Warrant.

The Warrant was issued pursuant to an Amended Verified Complaint for Forfeiture in Rem,  filed on August 16, 2019, which details the statutory authorities that support the arrest of the vessel. Readers who wish to review the 20-page Complaint may access the complete text here. The style of the case is United States of America vs. Oil Tanker Grace 1 etc. Case No.: 19-cv-1989 (JEB). 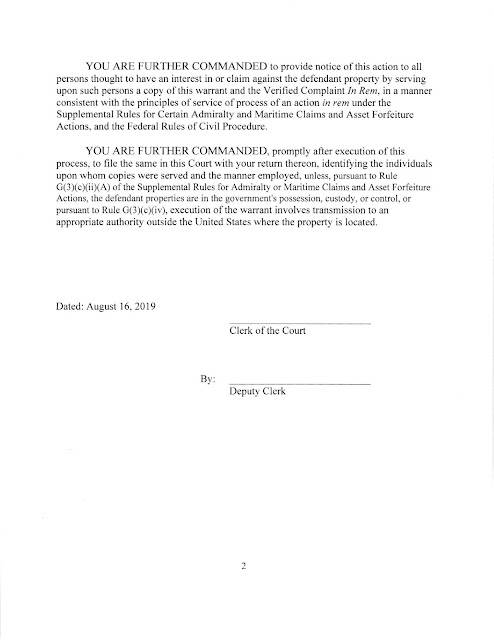