WHO AT UNICREDIT AG WROTE THE BLOODY ANTI-OFAC GUIDE ?

If you only read about the $1.3bn global settlement in the Consent Order entered against UniCredit Bank AG and its affiliates, by the New York State Department of Financial Services, and did not review the document itself, you may have missed what is the most arrogant anti-OFAC position ever created by a bank officer. Entitled Transactions Affected by OFAC, and described by NYSDFS as "The OFAC Guide," it is really the ultimate anti-OFAC scheme, and the UniCredit author of that compliance document, whose identity has not been publicly released, richly deserves a long term in prison, followed by a lifetime ban from ever working in the financial industry, in any capacity. If he or she is in Italy or Austria, we hope they are extradited to face the music.

These extracts from the Consent Order clearly show the intent of the author to deceive the global financial world, and to thereby covertly move funds for sanctioned jurisdictions, especially Iran:

" The OFAC Guide instructed bank employees that certain payment orders should be submitted in what was euphemistically known as an "OFAC-neutral" manner. "OFAC-neutral" was defined by the OFAC Guide to mean 1) Without the involvement of US banks, or 2) Ensuring that the OFAC background is not revealed in the correspondence/payments with US banks. The OFAC Guide instructed If the involvement of a US bank cannot be avoided ... care must be taken to ensure that the OFAC background of the transaction does not become apparent.'"

" The OFAC Guide was posted to UniCredit AGs intranet website, with one employee explaining that the 'basic ideas is that [bank employees] describe the existing practice OFAC relevant transactions are carried out, but only in an OFACA-neutral manner. In other words, deceptively," Consent Order under New York Banking Law §§39 and 44. 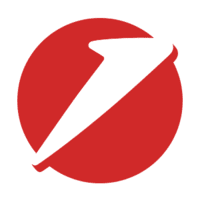 The term "OFAC-neutral" must go on record as ultimate compliance profanity, and the author of the anti-OFAC guide identified, so that justice will be served.

Reader who wish to review the 30-page Consent Order may access the complete text here.