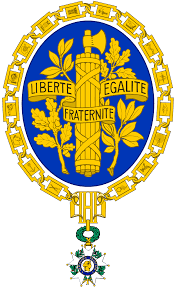 Peter Braunwalder, the former Chief Executive officer of HSBC Holdings Swiss Private Bank, who pled guilty in France to assisting wealth clients to secrete their liquid assets, for tax evasion purposes, received only a minimal punishment for his role. His short one-year prison sentence was suspended, and he was fined €500,000.


The defendant admitted that he facilitated the concealment of €1.8bn of client assets, employing anonymous trusts holding secret Swiss bank accounts, and creating bogus loans to give clients access to their hidden money. Last year, HSBC paid French regulators €300m, because of the bank's money laundering and tax fraud in this matter, where it assisted French nationals in shifting assets to Switzerland, to conceal them from the French taxman.

We leave it to the reader to decide whether a suspended prison sentence, and a fine that will most likely be paid by HSBC, directly or indirectly, is sufficient to deter others in the European financial world from engaging in similar conduct, but from our American perspective, it is only the proverbial slap on the writ, and sends the wrong message to bankers in Switzerland, Liechtenstein,  and Luxembourg. Only prison time can deliver that.
Posted by Kenneth Rijock at Monday, August 12, 2019