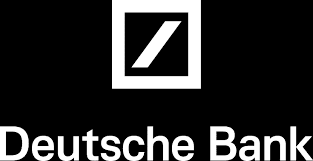 If you read our recent article, Deutsche Bank and Capital One refuse to Disclose to Appeals Court, you probably want to know whether Deutsche Bank, whose attorney went to great pains to avoid admitting whether it holds Trump's tax returns, actually has them.

The Court, after reportedly showing its irritation at counsel's position, then ordered that the information be produced today by 4:00 PM:

And the relevant portions of Deutsche Bank's reply letter appear below:

If you dissect the reply, it would appear that the Bank has Trump's tax returns, the furnishing of which which is standard operating practice for most large bank loan applicants, and this is common knowledge. So why did the Bank try to weasel out of admitting it ? Where is it in the Right of Privacy or other statutory privilege that allows the Bank to decline to admit whether or not it possesses the tax returns ? Whether this really is about a recognized privilege, or about the ability to delay proceedings to serve a prominent bank client for political purposes remains an open question.
Posted by Kenneth Rijock at Tuesday, August 27, 2019